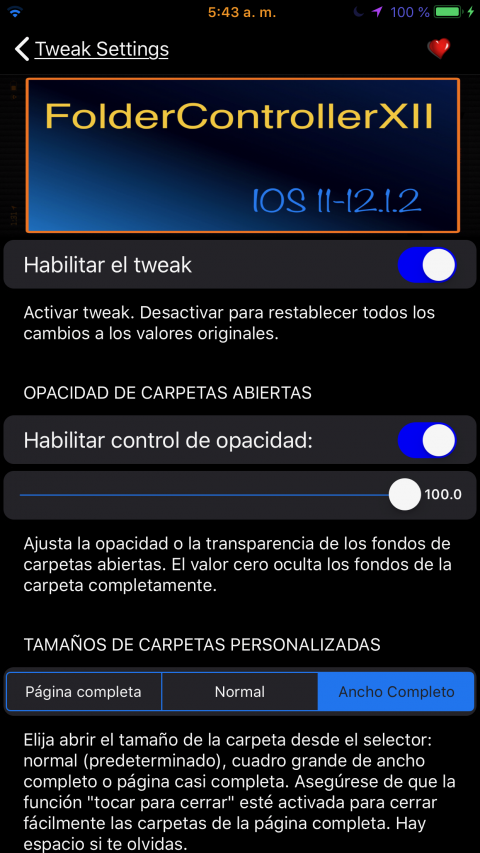 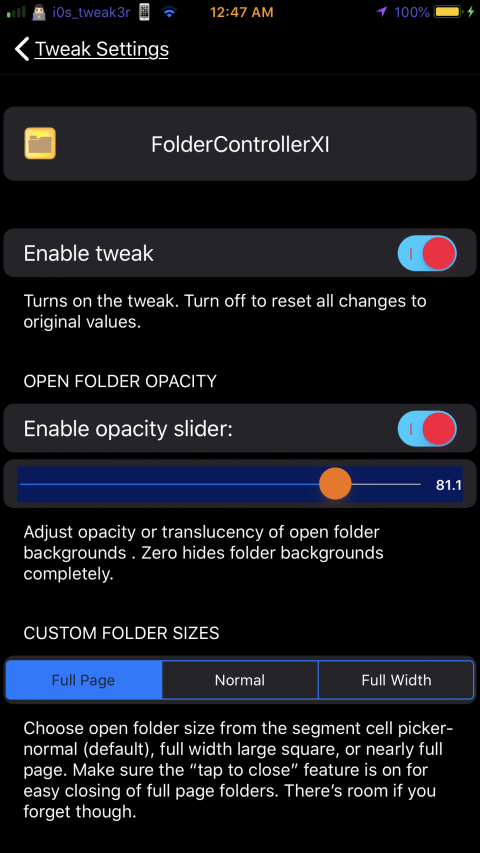 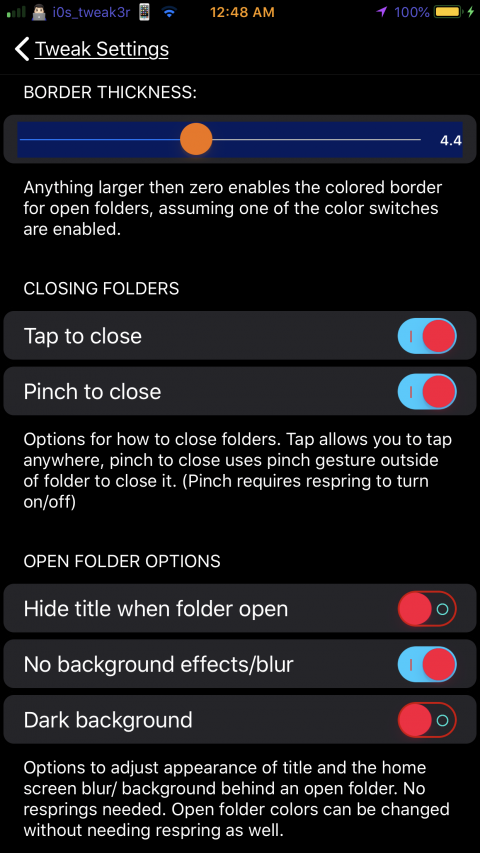 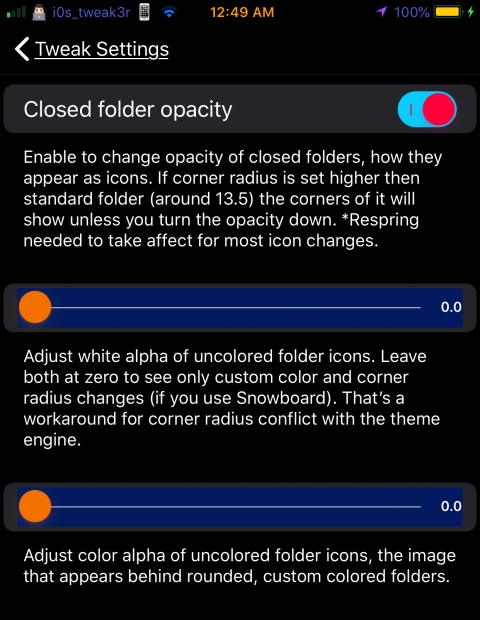 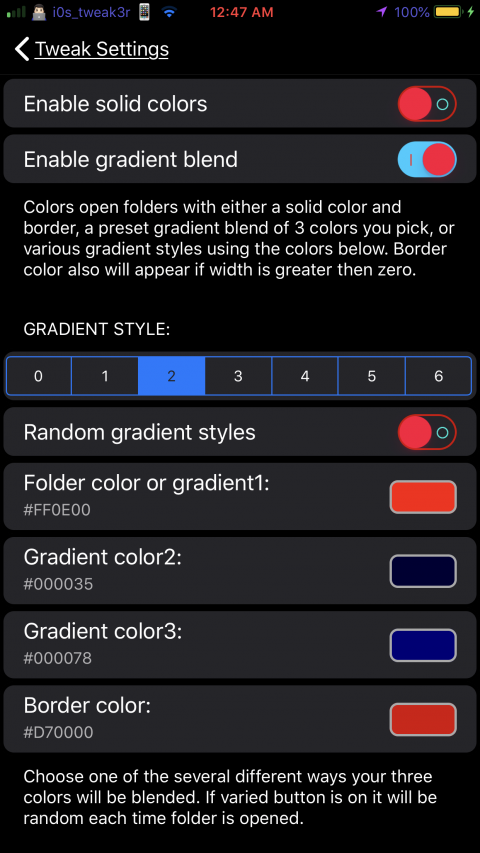 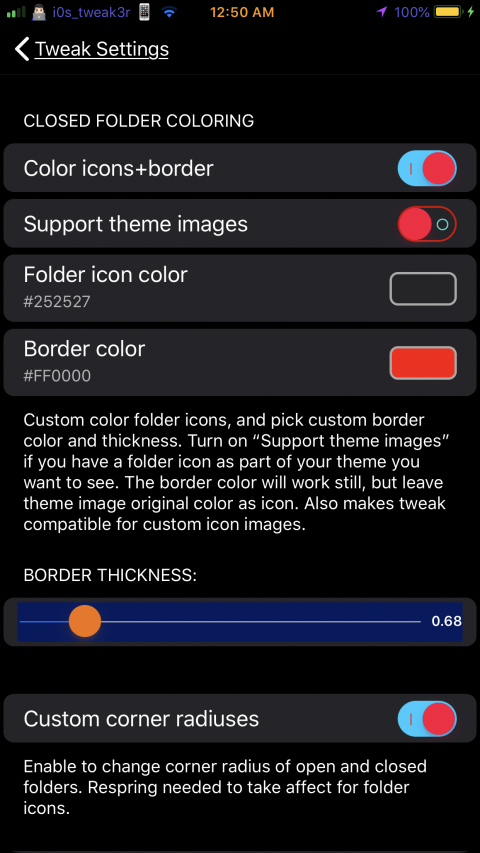 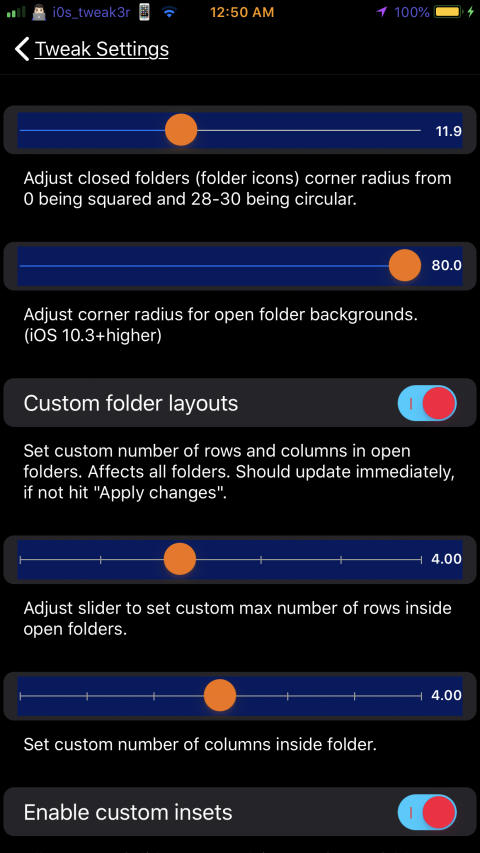 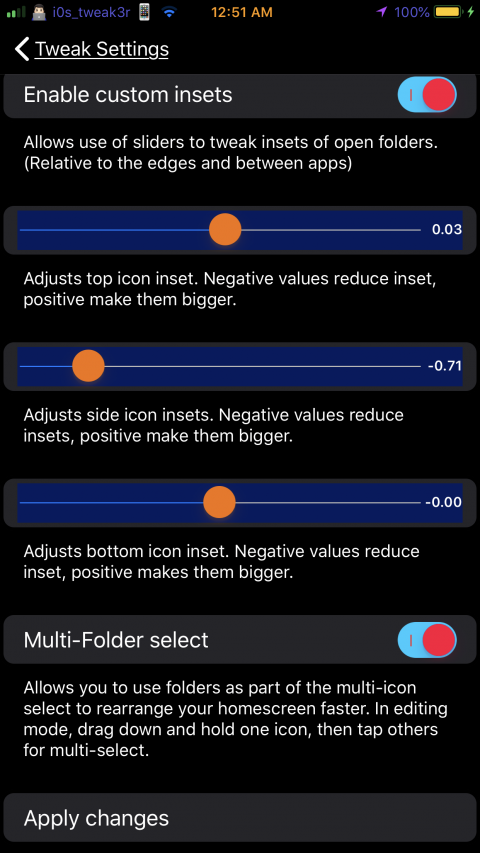 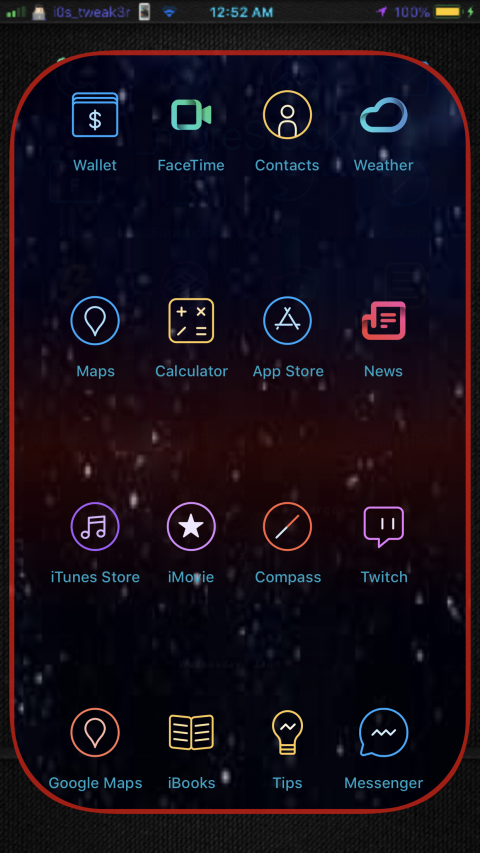 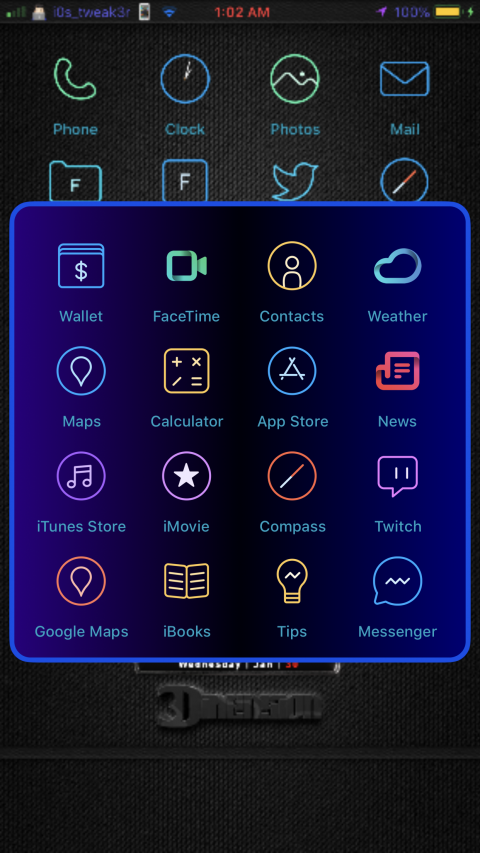 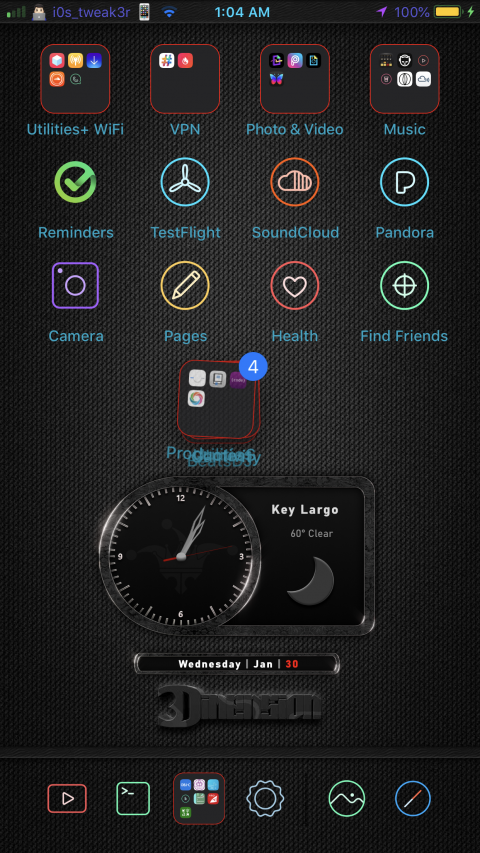 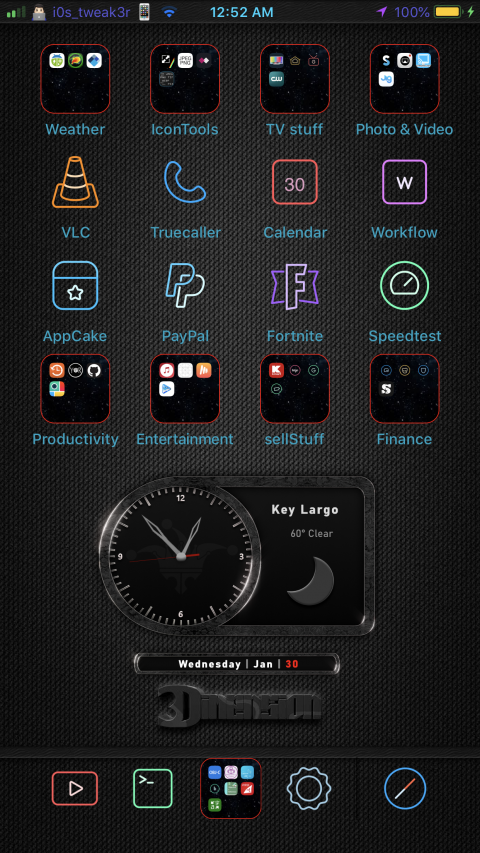 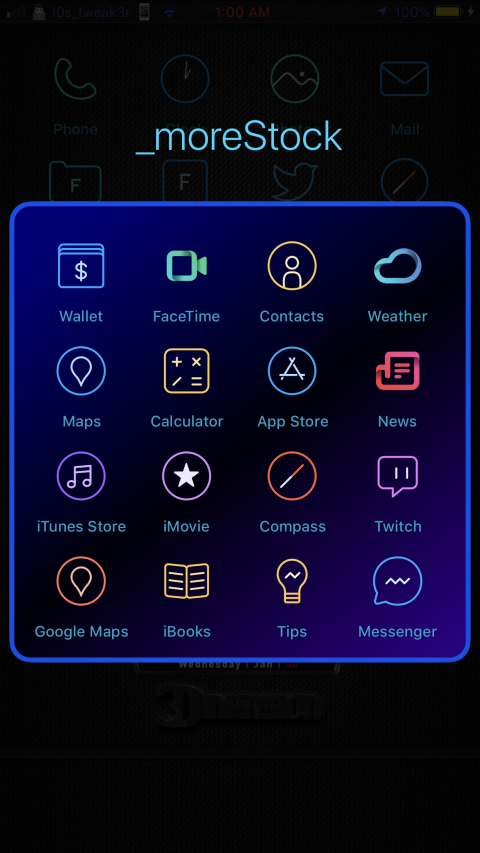 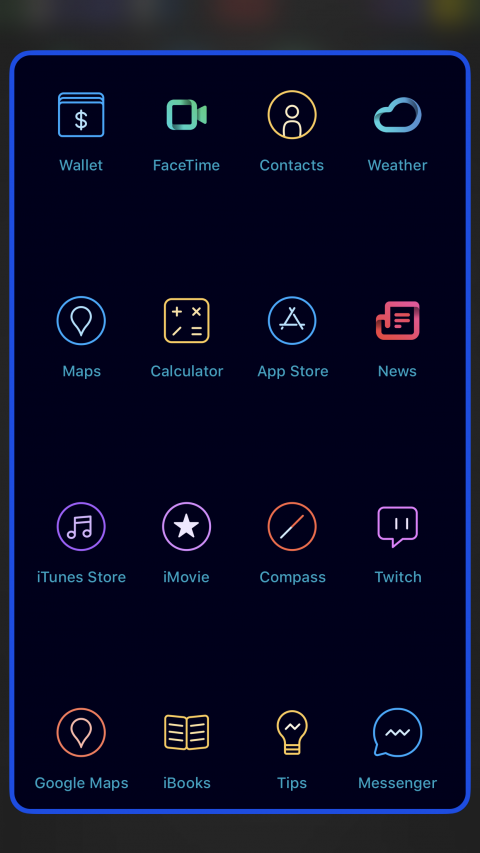 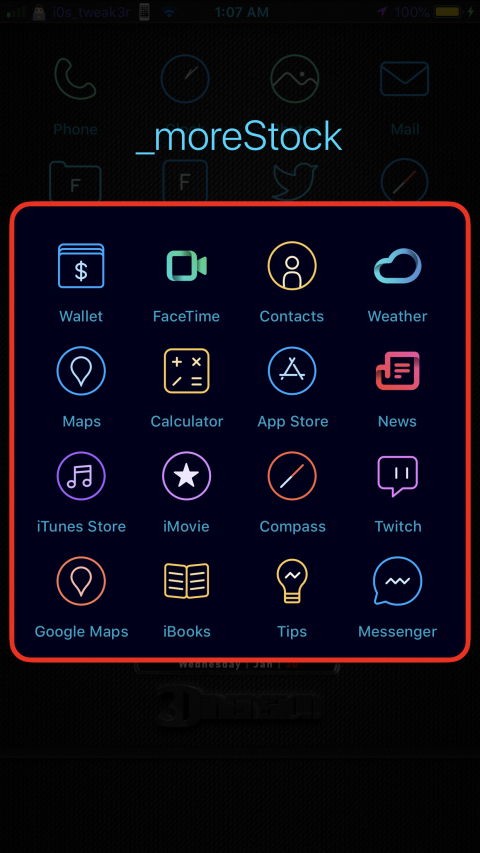 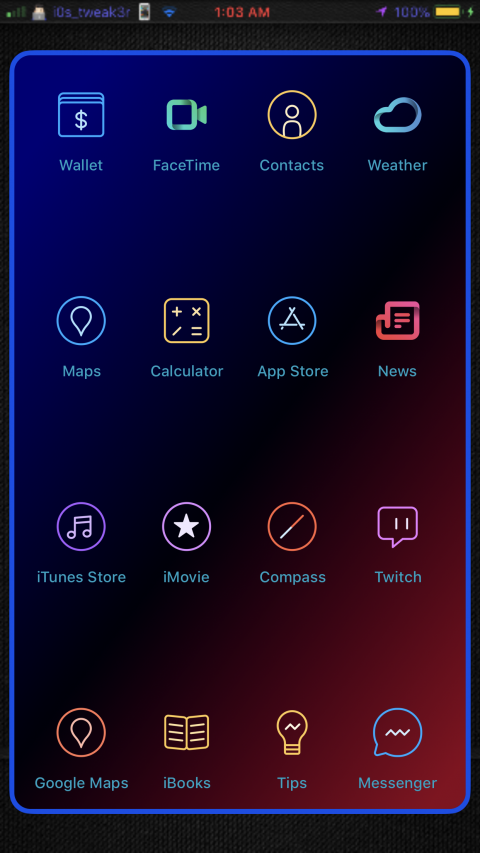 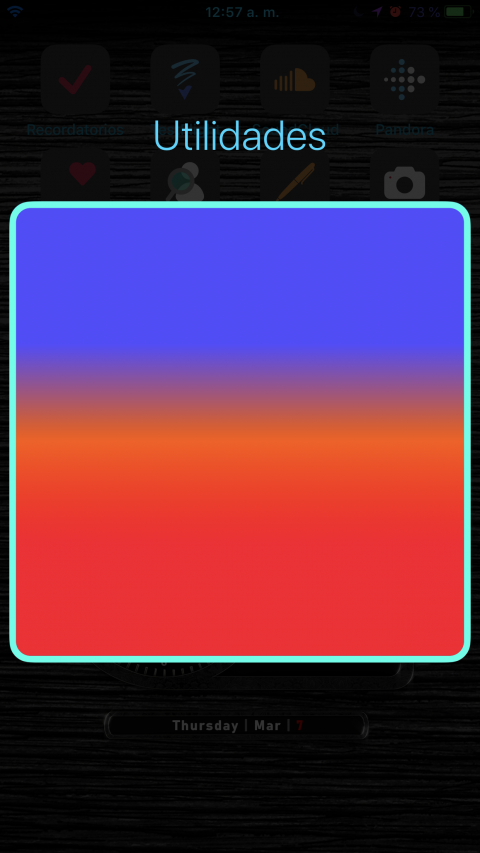 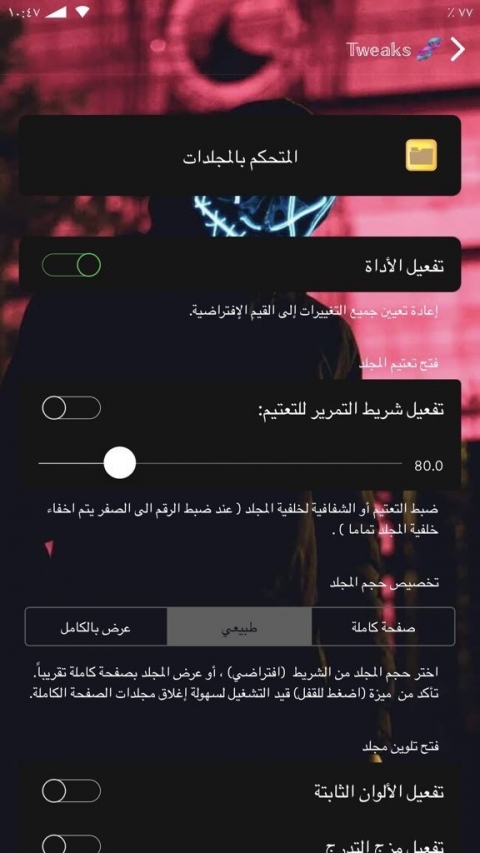 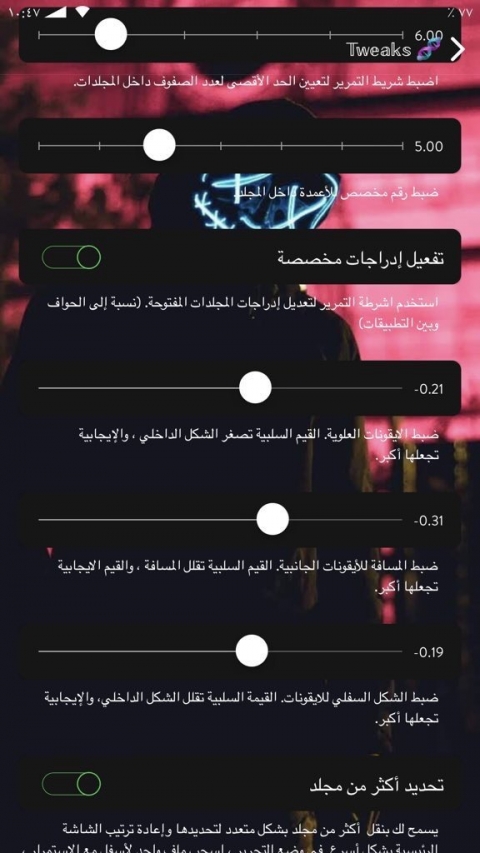 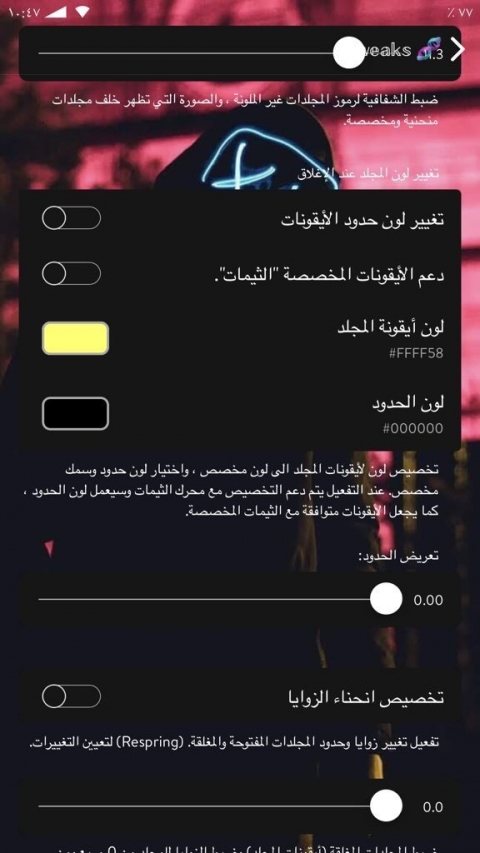 Huge update just added. This version is still only for iOS 11-12.4.4 tho. For iOS 13 check out FolderControllerXIII.

An awesome folder tweak for making custom layouts, adjusting the opacity, size, corner radius, gradient colors, and other properties of folders, their icons, and background views. It has color pickers for open and closed folders, their border color, and can set thickness of borders. Multi-select option for fast re-arranging of icons plus many other useful features. Compatible with Exsto, ReformX by zESTLabs, gridiculous, Primal Folders. Cuboid, custom folder icons (by Lizenz) and most other SpringBoard  tweaks.

This is my first paid tweak, that has been in development for over a year. Tested extensively; all features are working from iOS 11.0- iOS 12.4.3 on all devices including A12. Any questions or issues feel free to email me or DM on Twitter  (@BrianVS) and I’ll be happy to help.

Conflicts: This versión is not updated for iOS 13. Check out FolderControllerXIII for iOS 13.

Boxy3 is not compatible with custom layout options. (“Cuboid” by Nepeta, “ReformX” by zESTLabs and “gridiculous” by CPDigitalDarkroom are all similar to Boxy and fully compatible.)

Thanks so much to everyone who has supported me by purchasing this tweak. It really means a lot!

V1.1.2-2 Fixed new badge hiding feature on folder icons being on by default (and switch not working to turn off). Also some code cleanup and localization improvements.

V1.1.0-14 Added language updates, also alpha to most sliders. Gradient looks neat with alpha in colors. Various other improvements. Still need to finish languages for new features. Spanish is done 100% tho. Italian and Mandarin and Arabic should be close.

V1.1.0-11 Too many features to list. Added custom animation opening/closing, hide badges on folder icons only, complete rewrite of settings, insets are exact and work way better, IconSupport added as a depends- it may scatter ur icons first install, that’s normal. It will now save layouts even after crash or reboot. Oh, custom dock layout added. Custom background images inside folders. Pretty much every feature and more then FolderControllerXIII but without known bugs. Stable build, just need to update some strings. It’s translated in Mandarin now, Arabic updated, Italian, etc.. Will get strings out and put up new version soon that may be easier to understand settings in foreign languages.

V1.0.9-3 Added new feature for color blurred background behind open folders, and an alpha slider for how strong it is. Can be turned on and off without respring, and can work without blur as well as just a background color when “No background FX/blur” is turned on. Tested and working on A12 and pre-A12 devices.

V1.0.9-2 Added Turkish language localizations and a fix for older devices that were having a delay before settings page would load. This is same update submitted to Packix, YouRepo customers will just have access to it maybe a day quicker. Sorry I couldn’t switch everyone to Packix, but the versions will always be the same, besides you guys getting the benefit of immediate updates.

V1.0.7-65 Added a credits/ about page with tech support framework so if anyone has questions or issues I’ll be better equipped to help if you email from settings. Added style / color changes and CepheiPrefs framework to “prettify” settings.  Still need to do new translations for 2nd page, but CepheiPrefs does some automatically. (Lots of internal builds in between trying different colors and appearance settings.)

V1.0.7-45 Finally broke free mostly of Snowboard changing corner radius of folder icons. Themed folder  images still don’t round correctly, but if corner is set close to default and you have a border it’s not very noticeable. At least now both colored folders and stock/ regularly  tinted folders are now rounding and squaring correctly, as well as their borders, and ANIMATION improved from open to close of folder. No more seeing 2 borders at beginning of animation.  Sweet update. Feel free to DM with any issues, so far working great on my devices.

V1.0.7-41 Added alpha slider for folder icon color, so custom colored icons can now have opacity set. Also changed logic so the icon borders no longer require a switch to turn on. The “support theme images” button mainly allows you to NOT color over the theme image, but you can still add a border. With Color Icons+Border option ON now you can add custom color and set alpha of the color to themed icon images by leaving the “support theme images” OFF. Borders over uncolored icons may appear as an overlay if corner radius is far from default, but only if you use Snowboard theme engine. Working with developer of that tweak to make the two play better together.  This should overall be a nice update though, with more to come soon.

V1.0.7-33 Added NEW option to show status bar with folder open. Also set defaults for colors, and all sliders so the “Reset Prefs” button works great to have beautiful, more useful folders as soon as tweak is enabled and a few switches are toggled on.  All sliders, segment cell pickers etc.  display the correct value shown as default now after hitting reset, for greatest ease of use for new customers, and for existing ones looking to start over with settings. Cleaned up code in main tweak file some as well / under the hood improvements.

V1.0.7-23 Added a “Reset Prefs” button to Navigation bar next to the share heart, for easy switching to a fresh install. Note: after resetting prefs all sliders default to zero until adjusted once(even tho they display correct default values). Each option is off by default, but once “Enable tweak” is turned on it’s default size is full page, but displays “normal”. It can be changed to normal or full width without respring by just toggling it once. If main “enabled” switch is off everything is off. Next update will have defaults better set for all options, and add some presets to choose from. This version also fixes possibility of getting a crash first time using custom layout.

V1.0.7-22 Translated recent new features that were showing in English still, added a Twitter share heart in settings and a header banner.

V1.0.7-21 Added auto-close folder option for when you open apps. It uses tap to close as part of it, but that feature doesn’t really have any drawbacks by keeping on. If u want “tap to close” off make sure the “auto-close” is off also. No respring needed to turn either on or off. Have not translated new option yet, but rest of translations still show, you’ll just this option in English. Will translate in next update.

Also did some under the hood work to help avoid issue a couple users had. Remember, if you encounter any problems, you can email through Cydia or contact me on Twitter. Only 2 users have had any issues, easily fixed, but just saying, my door is always open (if you knock on the right door).

V1.0.7-19 Added new option to keep empty folders, for easier rearrangement and placeholding on homescreen, and to be able to see full gradient colors of open folders with no icons. No respring needed to turn on or off. Spanish translation improved in a couple areas.

V1.0.7-16 Added Italian language support, thanks to @grisu1970 and also improved Spanish language support thanks to @PONCE54958 Tweak is now in English, Italian, Spanish, Arabic, German and Russian.  Anyone wishing to help translate for other languages or improve on an existing translation feel free to contact me on Twitter @BrianVS

V1.07-12 Under the hood improvements,getting ready for iOS 12, and to update the source code online for anyone interested.

Fixed permissions issue causing German to show up in English. Added more Russian strings, now about 60% translated with the rest in English.

Added a new Feature-to hide the mini grid on folder icons. It looks great when combined with folder theme images, or used in a minimalist color combination. 100% support for English, German, and Arabic. Russian will be finished soon, along with custom images you can load from camera roll, or add manually using Filza. New feature hasn’t caused any compatibility issues with Exsto, the folder tool by Julio Verne, or any other tweaks I use.

V 1.0.7-9 Improved translations for Arabic. Sorry for so many updates, just want to support languages as best as possible. Thanks again to @iWA1EED for doing the translating from English to Arabic. Will improve Russian, and work on other languages like French and Italian soon. Note: when updating, make sure you do it from the tweak’s depiction page and your device is linked to YouRepo/ you are signed in.

V.1.0.7-7 Added Arabic language support. Thanks @iWA1EED for the translation!

V.1.0.7-6 Improved translations for Spanish, added link to my free tweaks in BigBoss and YouRepo in preparation for releasing package in a default repo. (This repo will always have most current version.)

Added Boxy3 from ModMyi as a conflict since a user had older version. Boxy3 (iOS 11) is not compatible with custom folder layout features, but can be used with all other features. ReformX is fully compatible, as well as gridiculous by CPDigitalDarkroom.