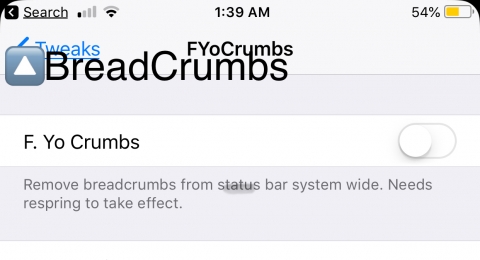 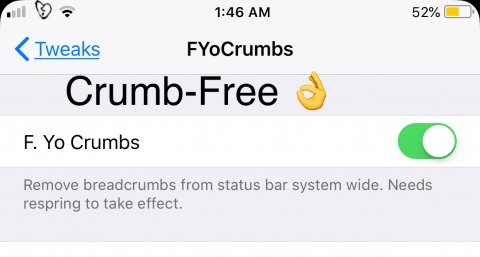 F Yo Breadcrumbs. System wide removal of breadcrumbs from status bar. Just turn on. Respring. No more crumbs.  Respring not always necessary but guarantees changes will set universally. Works on all iOS versions and devices  with breadcrumbs (the annoying back arrow to where you previously were). IOS 9-12.4 WORKING ON A12 now!

V1.0.2 Updated settings to look better, and added A12 compatibility. (Forgot to update this one when I got my Mac).  Very light-weight and efficient tweak for removing breadcrumbs.