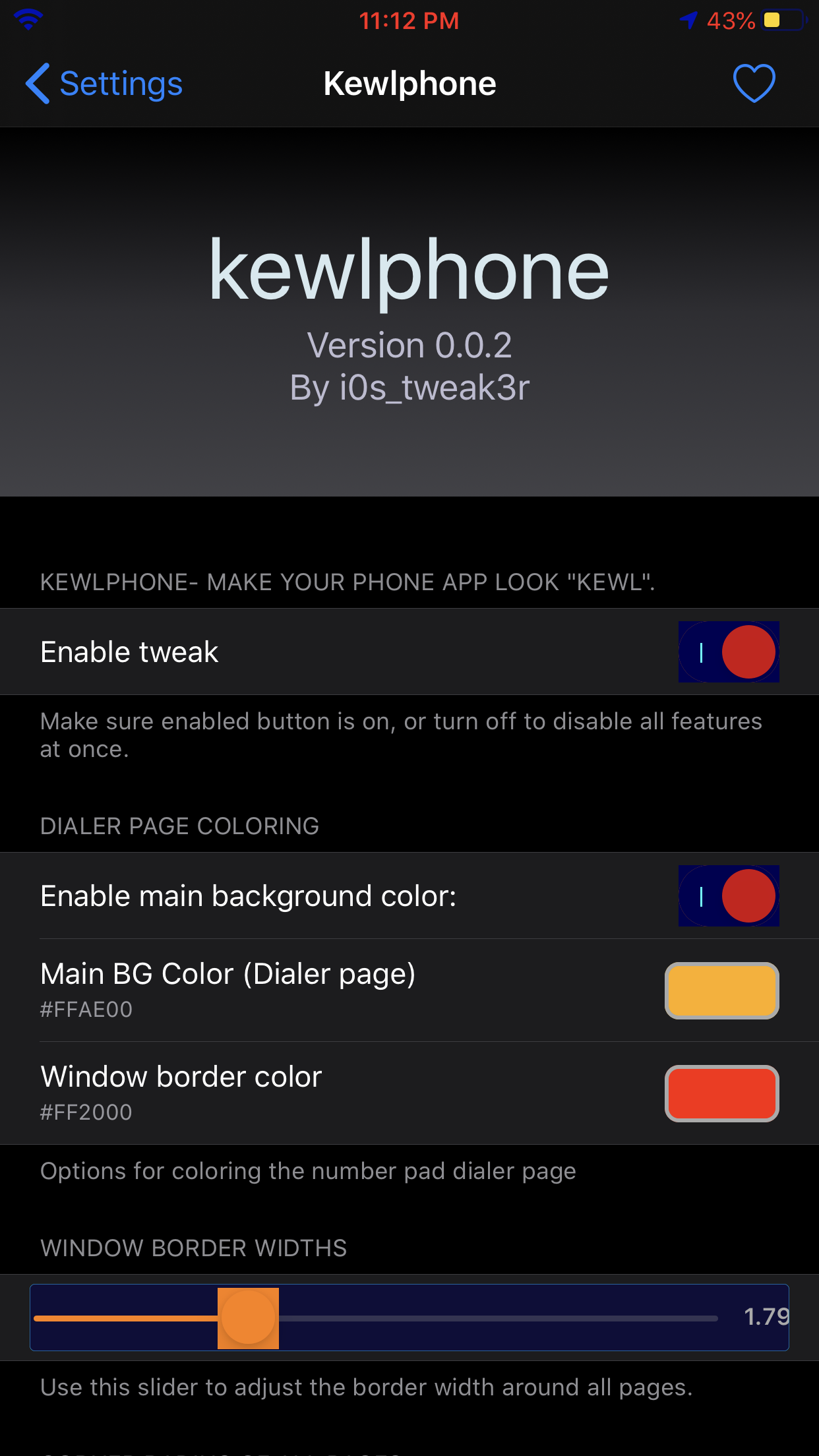 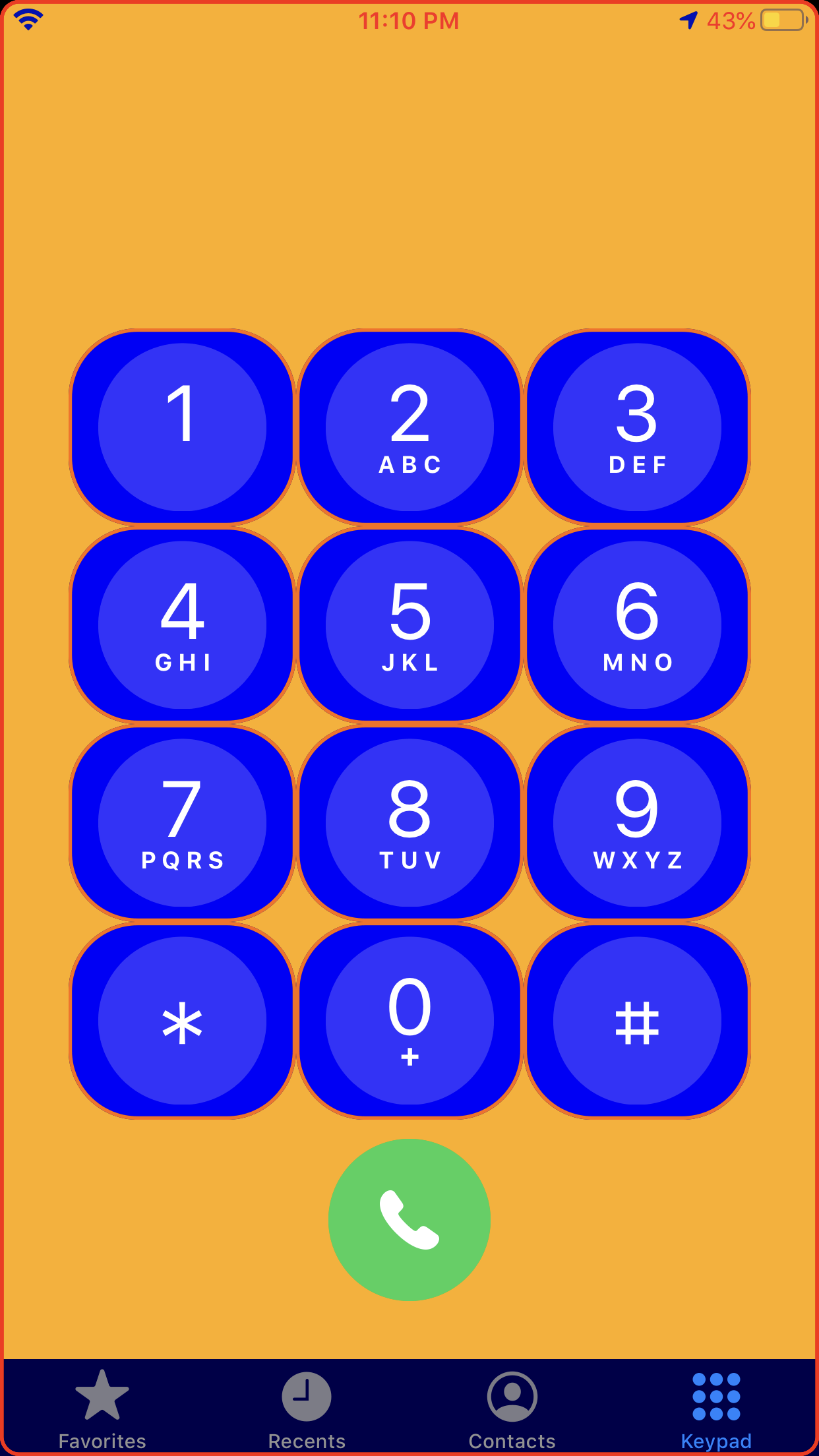 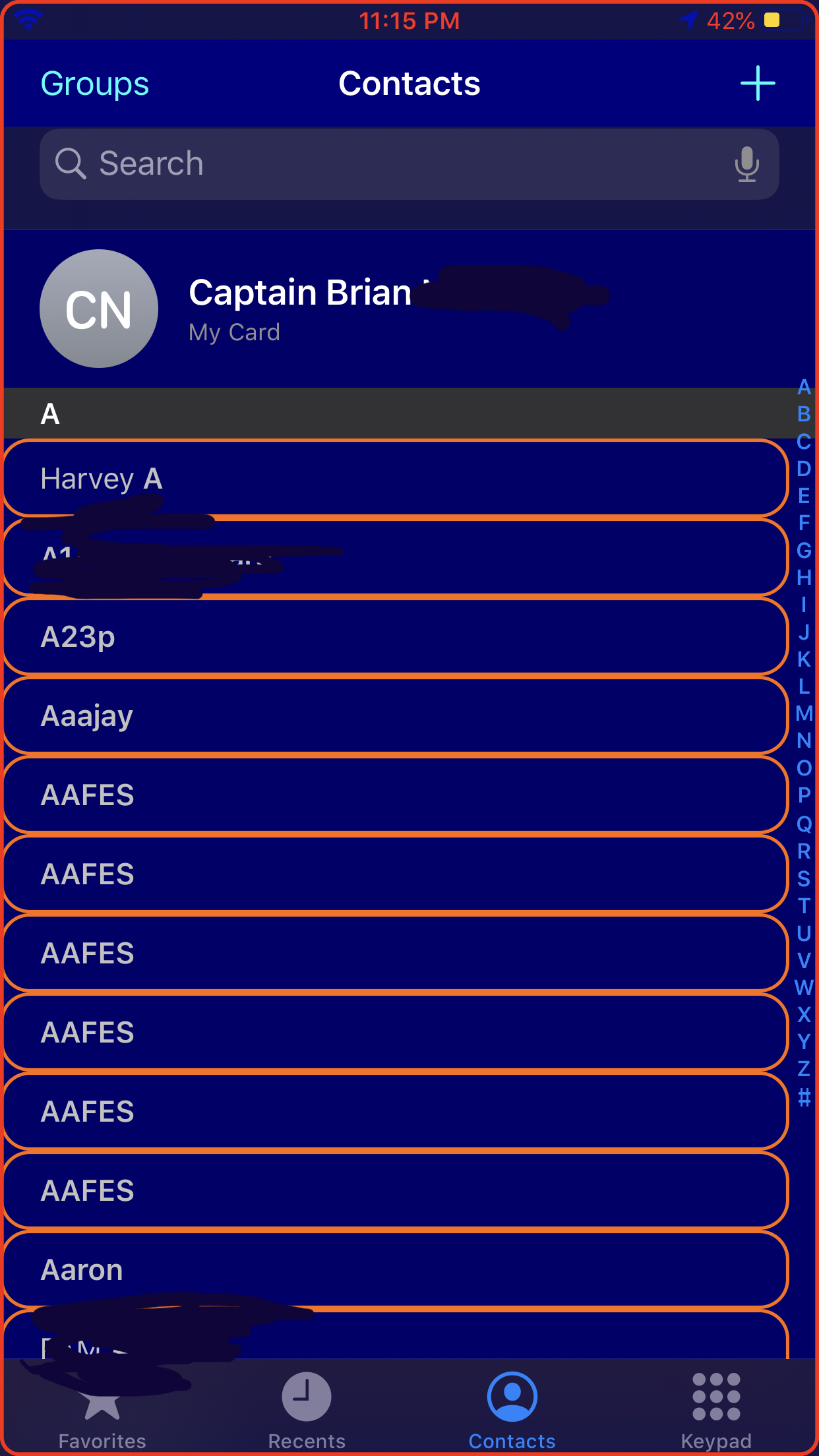 Multiple customizations to the UI of the phone app including the keypads, background colors, bubbly tables, corner radius of borders, etc. I still plan on adding a few improvements to this version, but will also be working on a feature rich paid version for those interested in the extra features I have planned.

This version including any updates of existing features will always remain free. Should work on all devices iOS 11-14.2.

0.0.2-3 Added an icon for the settings, and fixed the tab bar coloring for each tab in the phone. Removed an overlay that was making it grayish on some tabs. Will be adding selected/ unselected coloring for the tab bar soon. Also working on customizing the dialer handset more.

0.0.2-1 Updated the settings page some so that they matched the defaults(a few were different, so you'd have to turn a switch off then on before it was actually on, or move a slider a little before it reflected the correct value). I think they should all be correct now.

I also added a mask behind the full page borders so the background color wouldn't go outside it when taking screenshots or using non-notched devices. Updated the maximum allowed values for a couple sliders as well to give more room for customization. I still plan on making a few more improvements to this free package before starting work on the "pro" version that will have many more features.

0.0.2
Control file wasn't edited so had to change Header cells in prefs. Also added clarity for borders around all pages.