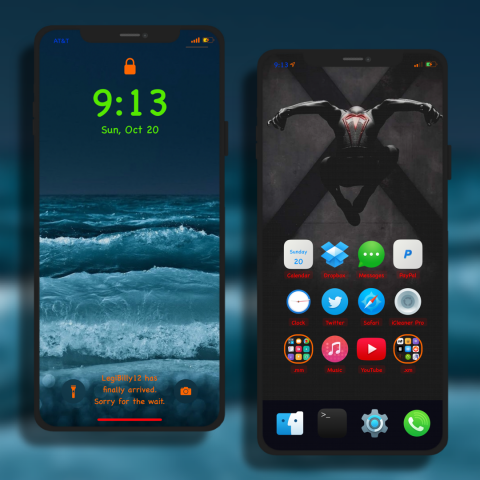 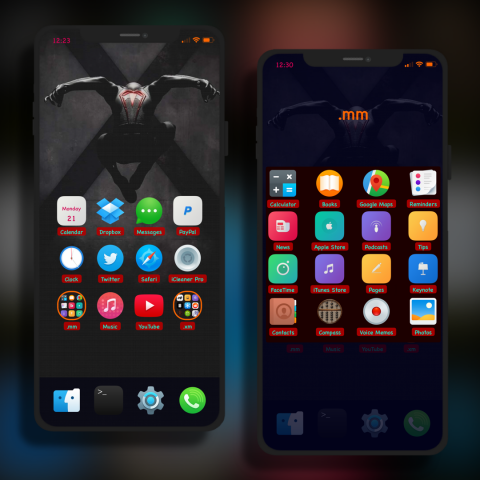 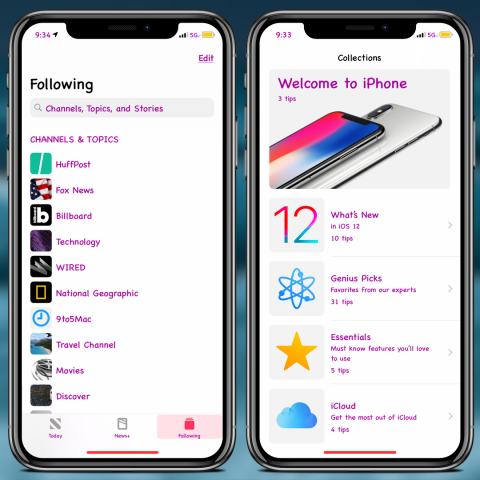 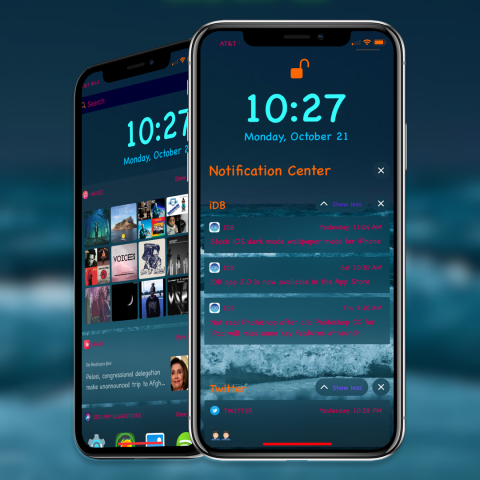 Multiple options to color labels and images on both the home and lock screens. Tweak was originally made for iOS 7-11, and hosted by BigBoss; this is a new update mainly for iOS 12+, and A12. Just updated Packix so now this will be a beta of eventually a system wide “LegiBilly+“ tweak.

Current version should work on iOS 11-14.2, all device types. Besides SpringBoard customizations, you’ll notice small differences in about 10-12 stock apps. I plan on finding common methods amongst them and eventually adding an app picker, for now it has: Stocks, Notes, Timer, Calendar, Tips, Photos, Compass, and several more. You’ll see the effects in some apps more then others. Make sure to turn on a shadow color for Timer/Alarms app that looks cool(on iOS 12+13). It’s a stable tweak, but lots of uncolored items. I didn’t do every LegiBility style, or do much more yet then compile with extra bundle ID’s and set some LegiBility settings at a higher level. Lots of work to do still.  Some already started.

For the finished, SpringBoard only version, download from Packix on iOS 11-12+, BigBoss if on 7-11.

V1.0.8-1 Removed CepheiPrefs to add compatibility with iOS 13 checkra1n jailbreak.  Tweak works the same on iOS 11-12, on iOS 13 the highlight feature is broke. Will fix that soon.  Also less things are colored in the stock apps included in filter. Status bar is still colored in them though. This is basically the same code as the last version, just fixed settings crashing due to CepheiPrefs.  It still supports A12 and will support A13 when it comes out.

V1.0.6-7 Added some minor bug fixes, new option for compact date view, changed filter to modify colors and images in about 10-12 stock apps (skipped ones with popular tweaks) as well as SpringBoard to start slowly changing it into a system wide tool. This is an early beta for the extra apps. Will probably upload as a separate package soon to avoid confusion, and put the latest SpringBoard only version back here. The SB-only (like iOS 11) version should be in Packix soon if you want that version. I uploaded it earlier. Release is Free.

V1.0.5-1 Added switch to enable/disable the Spotlight/ Notifications/ Alerts/ almost everywhere colors. Couple small changes to strengths for styles. Small updates but with requested (and well-needed) option added. Was dumb not to have it in original version. With switch off it allows for compatibility with Stylish11 random everywhere text colors.

V1.0.5 Changed colorpickers, re-wrote the settings so they work much better. Also lowered the firmware requirements if anyone wants to use this version on iOS 10 or 11.