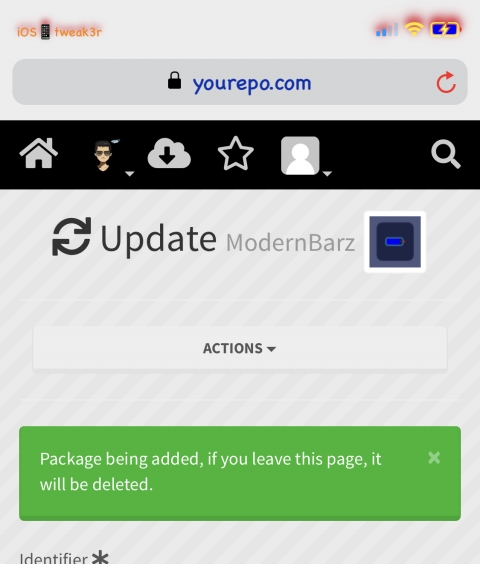 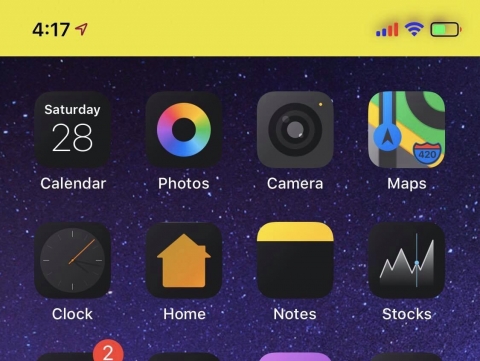 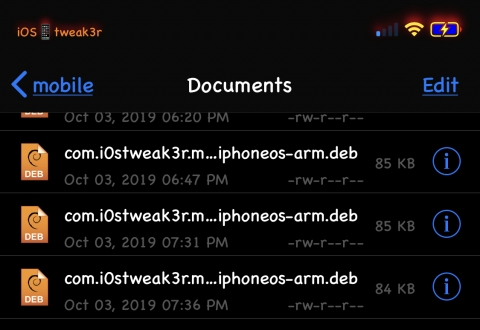 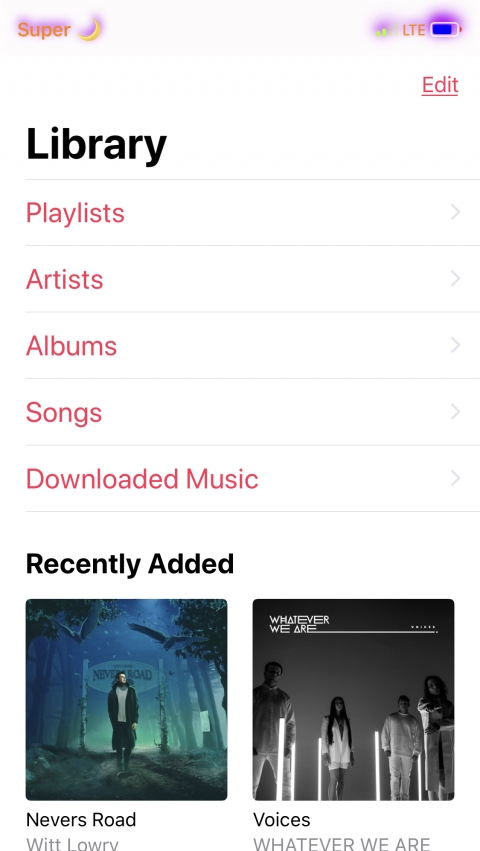 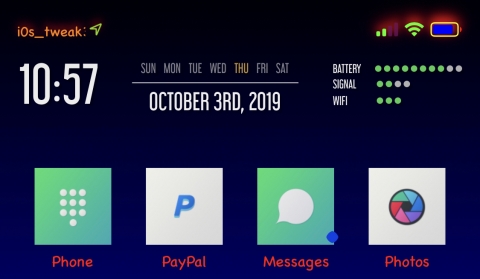 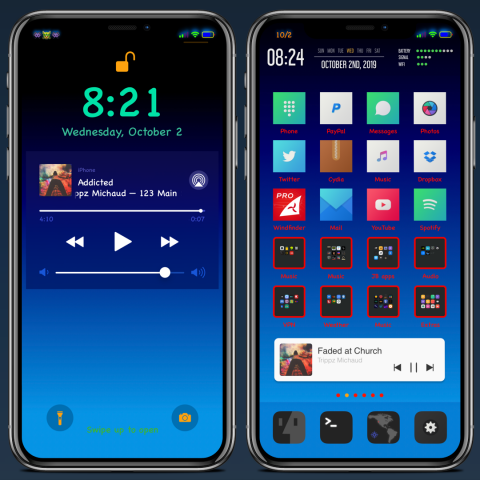 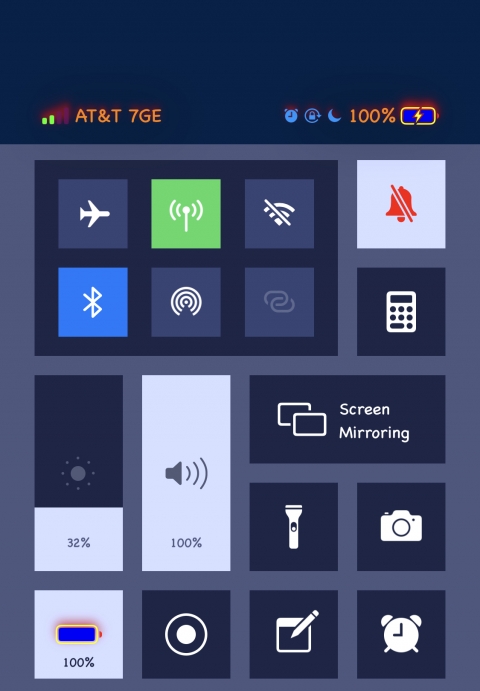 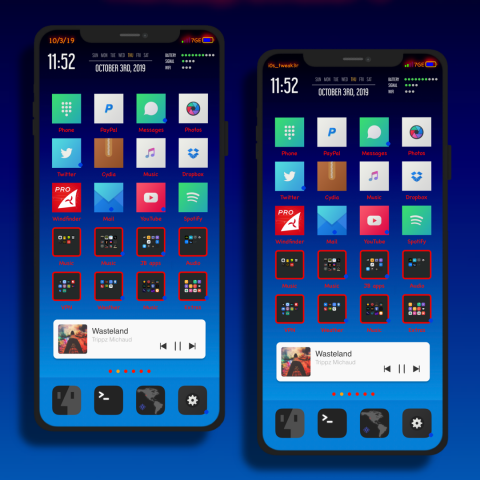 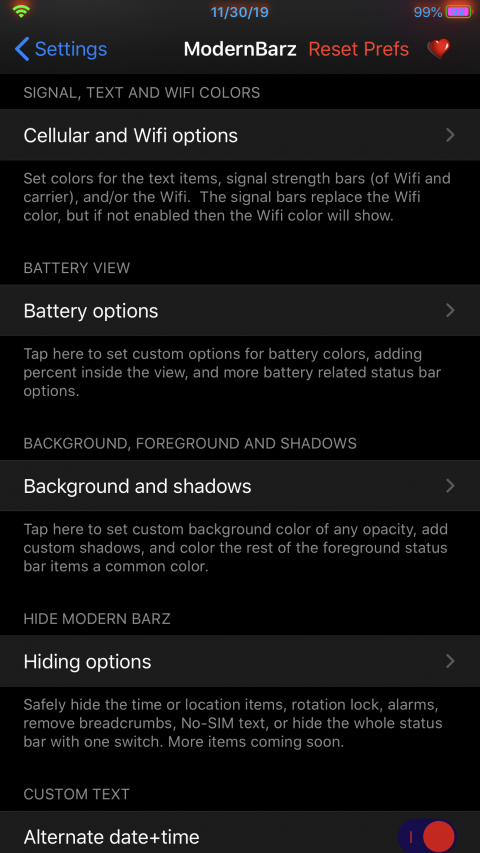 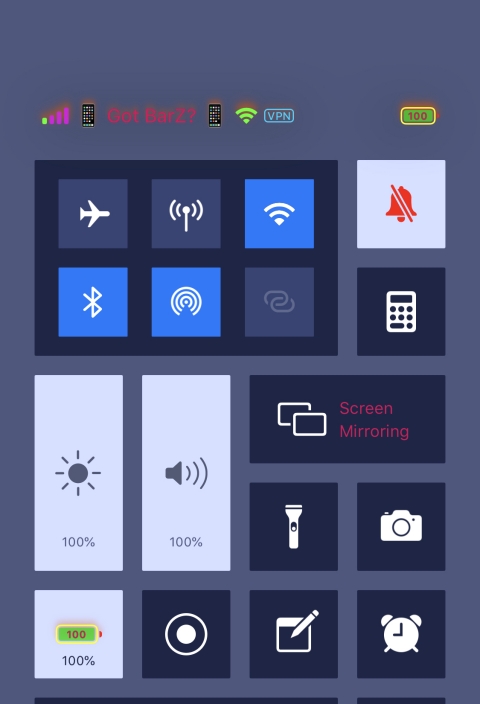 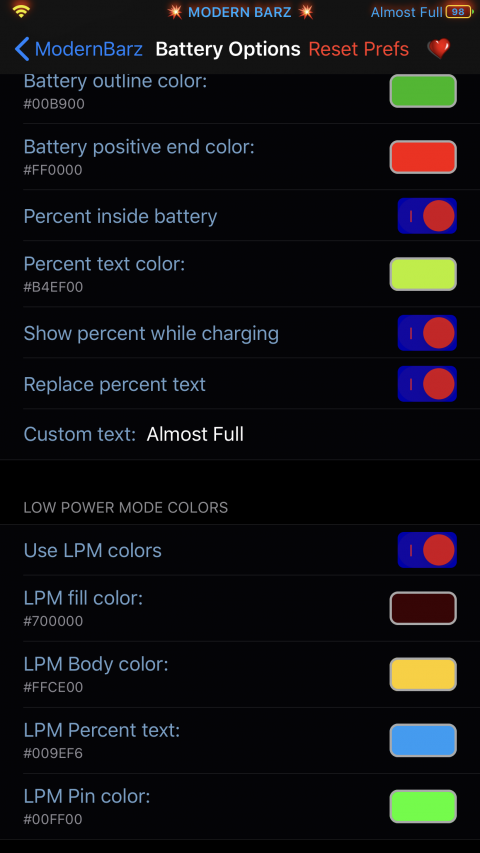 (This is same as Packix version. No need to buy twice)

Awesome tweak to customize the statusbar of all iPhone X’s (including A12), and regular phones tweaked to look or function like X’s. It’s system wide, can color 4 different battery image elements, with separate color settings for low power mode and regular mode, add battery percent text inside colored battery view, hide the percent outside the battery or insert custom text where it normally is displayed, also colors WiFi, signal strength, text color (time and battery percent), add a translucent or solid colored background, and now you can color all the extra status bar item other components together. Options to add custom colored shadows and blurs to images as well.

Also option to hide each item or make it blend in by using the alpha option added to each colorpicker in a recent version, which can be used to safely hide the entire Status Bar. (There’s also a button to instantly hide it, and you can turn it off and on without needing a respring.) New features also include coloring or hiding the annoying colored views that come up when screen recording/using maps etc, adding a fake carrier speed up to 7GE or as low as 2G, and replacing carrier WiFi text in Status Bar with custom text.

Other features include system wide breadcrumb removal, getting rid of annoying No-SIM text and alerts, an option to alternate the date and time about every 6 seconds, and a scrolling, animated custom text view on lockscreen that auto-sizes the text to a size that best fits.

iOS 13 non-X devices don’t need an X simulator tweak to use this tweak, but for iOS 11 and 12 you need a Modern Status bar tweak for it to work.

The following tweaks give the X status bar:

Control center custom text is only feature that doesn’t work if using a non-X device tweaked to look like an X. Also, tho built with the X in mind, most features work on regular/ classic status bars including the percent inside battery, alternating time, date and custom text.

If not satisfied, a full refund will be given if contacted within 7 days of purchase.

If you downloaded while still in beta for free and don’t wa t to purchase, you are welcome to keep the previous / free version. It is stable. Just hit “ignore upgrades” in Cydia.

V1.0.9-7 Added separate colors for each element of the battery coloring for low power mode, added an option to hide the battery percent outside of the battery or add custom text where the % text is normally displayed. To hide it, just use custom text and add a blank space.  Once “replace percent text” is turned off, the current percent returns.  Still need to add some sort of notification to let SpringBoard know when the battery has changed from LPM to regular or hook a different element to detect it. This new feature can be considered a beta. A respring will set any changes from LPM to regular mode, also closing an app and re-opening will set the changes, or you have the option to disable the new feature.  There is also more shadows added to battery, you may want to turn down shadow levels to get it to your liking. Will have a much better update soon.

V1.0.9-5 Added rotation lock and alarms as individual items that can be hidden, also fully integrated “No-Sim” as an option to get rid of alerts and the status bar text, separated Preferences into several separate pages to make navigating them easier and to give a cleaner look and feel.  Changed the “show bolt” to “show percent while charging”, so you can see the percent inside the battery when charging with no bolt through it, or have it show the bolt while charging and the percent inside the battery when not plugged in. Various other improvements under the hood, getting ready for larger release.

V1.0.9-3 Added a “show bolt” option so when it’s on along with percent in battery, it shows the bolt when charging, if off it shows the percent. Also removed a conflict/replaces of same bundle name from control file as it may have caused an issue with the repo not properly installing the last version for some users.

V1.0.9-2 Added percent number inside the battery as an option, and custom color for it. Added code to hide No SIM from status bar, on by default.

V1.0.9-1 Removed CepheiPrefs from settings, since it crashed iOS 13 devices’ settings app. Did I say iOS 13? Added iOS 13 full support. Only a few things broke, and I fixed them while still supporting iOS 11 and 12. Breadcrumb removal was fixed for iOS 13. New way I did it works on any iOS version. Worked a lot on the Activity view and it’s subviews, for hiding it but not hiding the text underneath. Still not perfect, but it’s getting pretty close. (It’s insane how much time I’ve spent just on different approaches to show the text, while keeping the button hidden and functional still.) Will be adding new features for all supported iOS versions once I finish updating what iOS 13 broke in other tweaks.

V1.0.8-7 Changed header banner in settings from a CepheiPrefs generated one to a fixed image to make it display correctly on A12 devices.  Still working on new features and improvements of some existing ones, but wanted to make this change available now at least.

V1.0.8-1 Fixed breadcrumbs showing up as custom text, so now if desired they show what they are supposed to. Added an “Alternate date and time” feature to have the date and time animate in and out about every 6 seconds, more work on coloring and hiding the Activity View. Set custom text auto-scaling on, so it makes font size as big or small as possible to fit in the view.  Changed date to full date (including year) since that is auto re-sized as well , and fits without truncating. Under the hood cleanup and optimizations for battery and memory useage.

V1.0.7-8 Added Breadcrumb removal as an option to eliminate the need to have a separate tweak for it. I hate breadcrumbs. Since it’s technically part of the status bar figured it made sense to include it.  This option works instantly without needing a respring, like most other options.

V1.0.7-6 Added a fake carrier speed option, ranging from 2G to 7GE, with normal as an option still of course. Fixed small bug where custom text sometimes showed up where cellular speed was. Also made  some under the hood improvements / optimizations.

V1.0.7-2 Fixed Reset to Defaults button so it actually does something. I accidentally had an old domain name from earlier version of tweak instead of the correct prefs files name if you want to restore to all settings at default.

(The Enable button turned off with a respring basically would have done the job anyways, but now the button should function correctly.) Just noticed that.

V1.0.7-1 Added About page including Tech Support for easy in-tweak emails that send your settings and package list to help diagnose any potential problem packages. Added more blurring and shadow options, including “Super-shadows” that highlights all the status bar images to the color and intensity you desire. The previous shadow option is still available as well.  Added package banner with version number, custom made for YouRepo repo. New images coming soon for depiction.

V1.0.6 Added Wifi-text replacement option, that shows up in Control Center system wide, lockscreen and homescreen. Fixed issue where hitting enter when entering custom text made the reset to defaults pop up appear. (Glad there was an “are you sure” option b4, but that’s now no longer a possible issue.)  Under the hood optimizations, and smaller file size.

V1.0.5-5 Added a “Hide location item” option that safely hides the annoying location indicator and can truncate the custom text. Respring only needed for homescreen. In apps updates immediately just like most other features.

Also, in case the package description didn’t update, to avoid confusion, this package has been made a paid package. Version 1.0.4 is stable and safe if you don’t wish to purchase, you are welcome to keep that version. I do plan on continuing to update though adding cool new features, and eventually releasing with Packix. This repo version will always have the up-to-date version though so once released in Packix, there won’t be a need to buy from there if you already bought through YouRepo.

V1.0.5-2 Added custom shadow color and slider for strength of shadow and associated blur.  Added custom text option, that alternates with the time, or if both custom text and hide time are enabled, it shows the date instead of time along with custom text, switching every 6 seconds.  Added single button to hide whole status bar, still many more options coming. Since there’ve been sales I wanted the most current/ stable version I’m using to be in the repo.

V1.0.4 Incorporated the alpha slider for each color, so it can be used to color different elements, or hide them completely if set at zero. Also added coloring and hiding options for the background Activity View that comes up when doing screen recordings, using maps, etc.  Made that option so you’ll be able to see the time replacement animations I’m still working on. (I was so close today, but had to take a break.)

V1.0.3 Added a switch and new picker to enable coloring all elements not already colored individually. Basically it’s a single color for VPN, rotation lock, alarms, location and any other images in status bar, so it can be fully colored now.  Will separate more components later, this was just a simple solution for in the meantime.  Last update for tonight I swear lol.

V1.0.2 Switched from user defaults to Cephei for settings handling, which is safer and just as efficient. Also fixed that little bug that caused it to not show in some apps/ most apps- it is now SYSTEM WIDE! Works on all apps I’ve tested on.