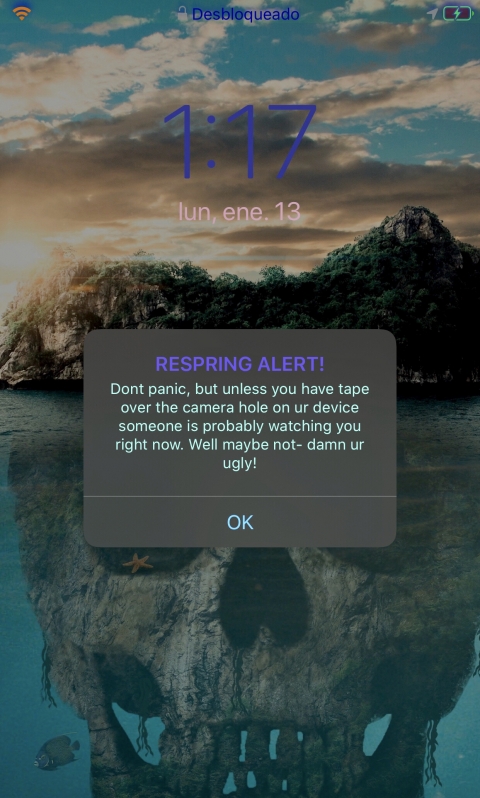 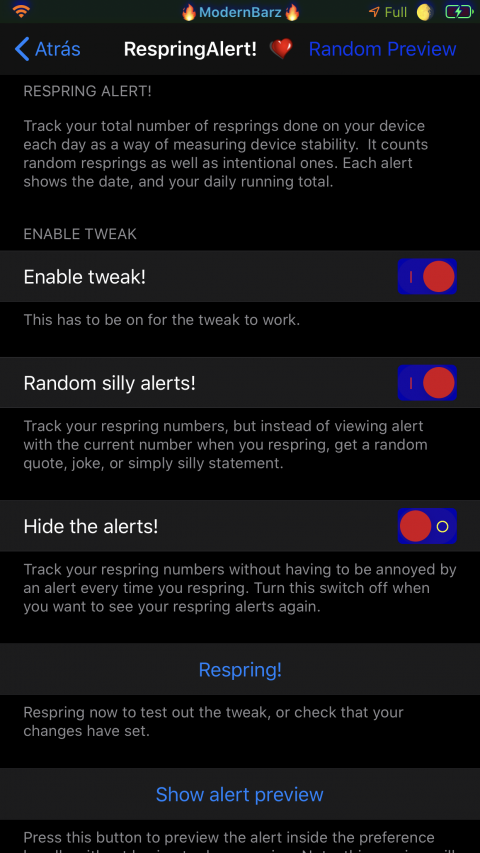 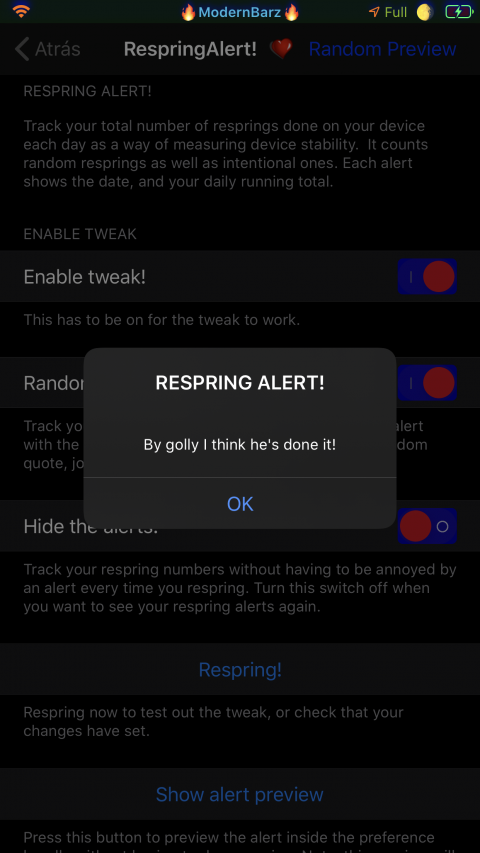 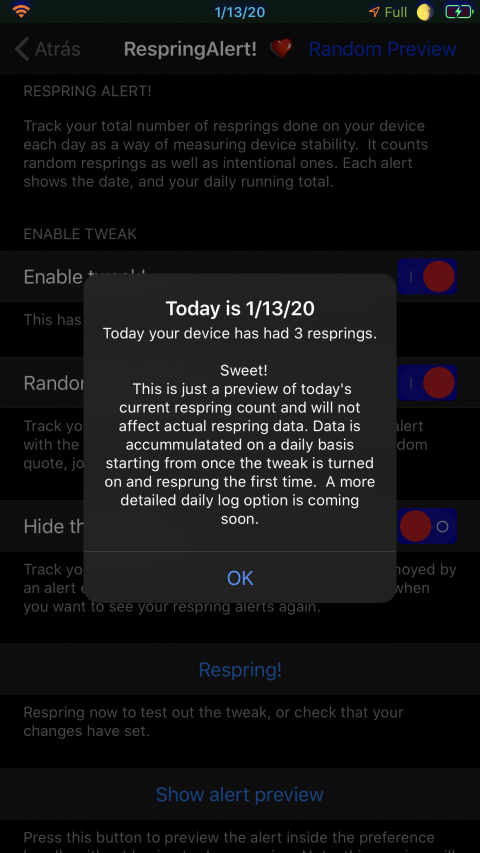 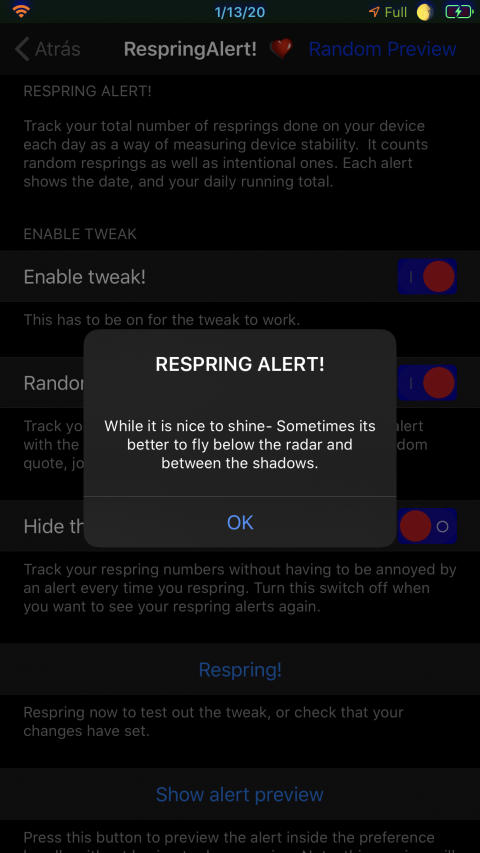 Keeps a running total of how many times your device has done a respring each day. You can even have it disaplay a UIAlert each time once the respring has ended in case you have trouble figuring out when it’s done!

Besides just the respring count alerts, you can hide them but still track the number of resprings done each day, and turn on when you want to know what your total is up to.  Also has a preview inside the settings to check total without affecting it.

And....there's an option for 120 random jokes, quotes and general silliness you can replace the alerts with. These can also be previewed.

It’s kind of useful for measuring device stability and random respring frecuency. No major depends/ libraries used to ensure its a lightweight package that won’t slow down your device or take up so much memory it’s causing resprings.

Will be adding other useful and comical features in the near future. Already have the previous days’ data saving and displaying both days in the alert, but that version has a couple improvements I want to make b4 uploading.

V1.0.2-2 Turned enable switch in preference bundle back to off. Accidentally had the switch “on” but the saved value “off” for new installs. Fixed that, and laid groundwork for displaying multiple days worth of respring data.Should have at least 2 days worth of data at least in the next version.

V1.0.1 Removed Cephei from makefile, accidentally left it in there on previous build when it wasn't being used. Added previews for both respring counts and random quotes /joke alerts inside settings. Added the option to use the random, silly strings for replacements of the respring alert, while still counting each respring towards daily total. Don't know why I spent my entire birthday working on a free tweak when I have paid ones I should be finishing. Anyways, hope you enjoy this as much as I do. Will be adding entire source code to GitHub as soon as I do a little housecleaning, so you can learn from the code, or contribute to translations or add your own silly strings to become alerts.