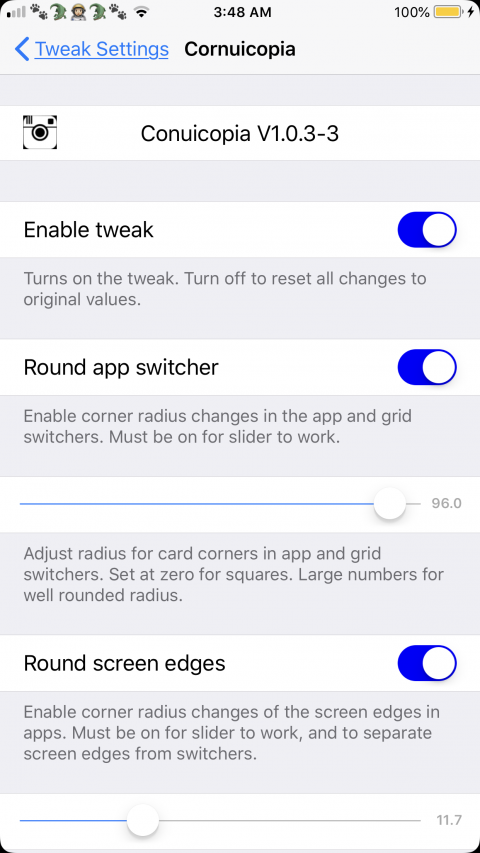 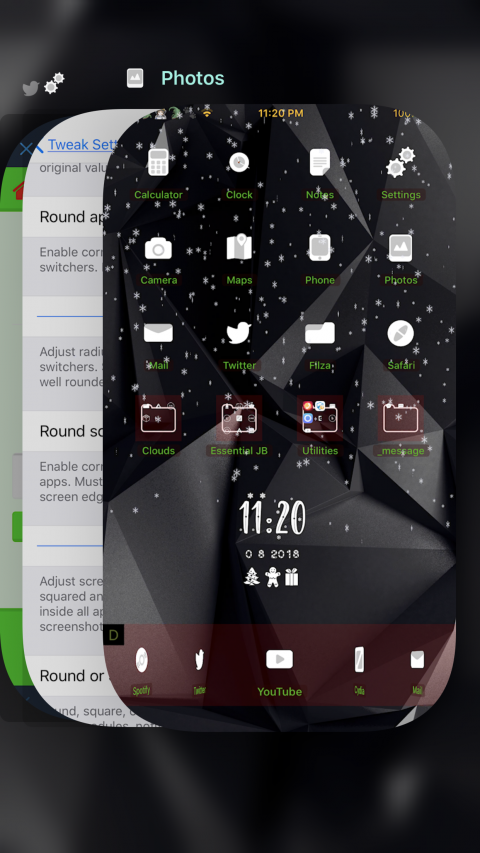 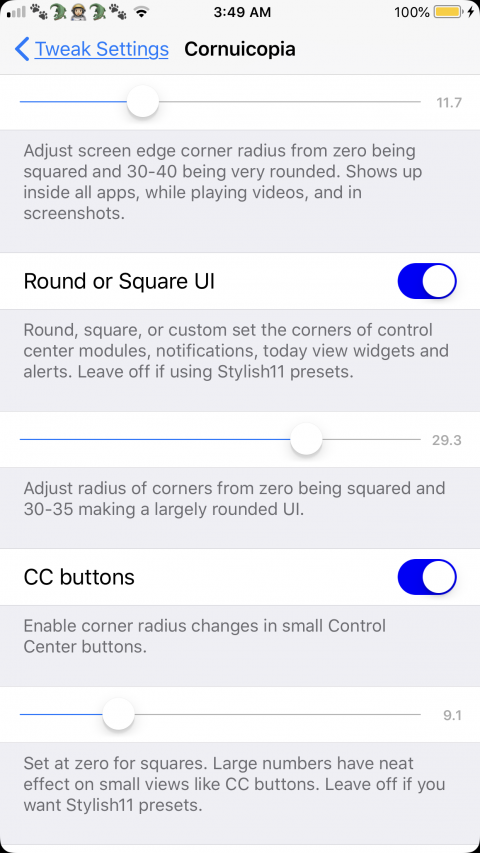 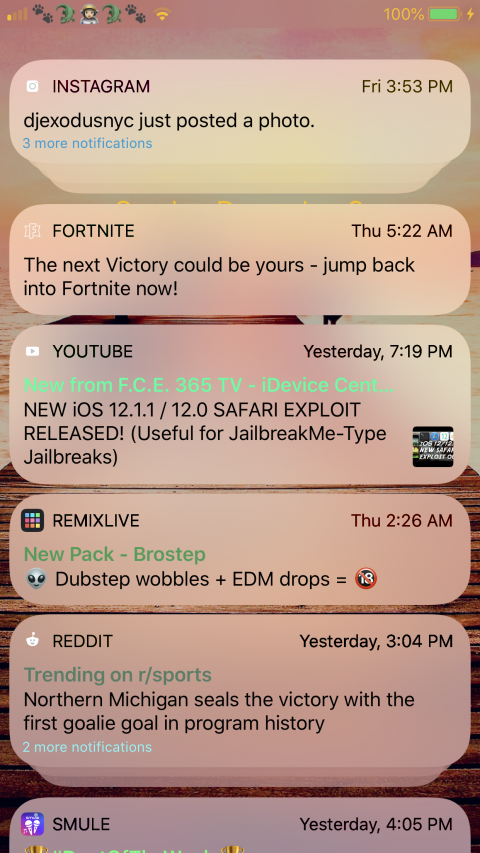 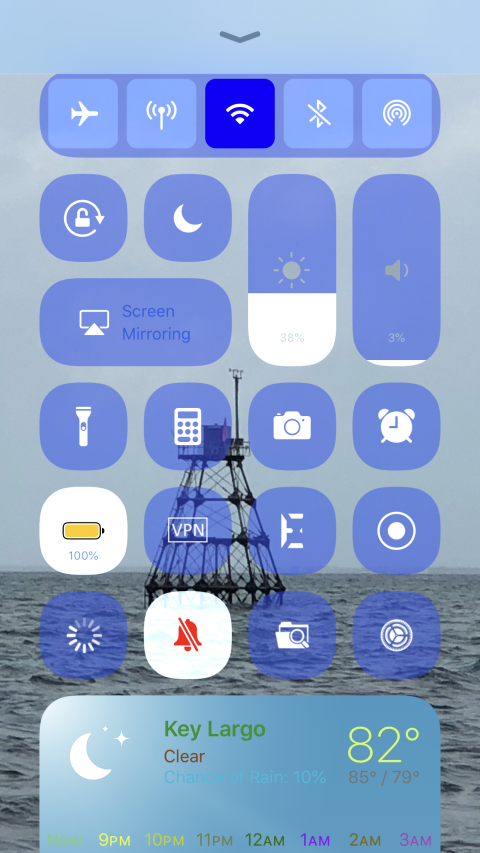 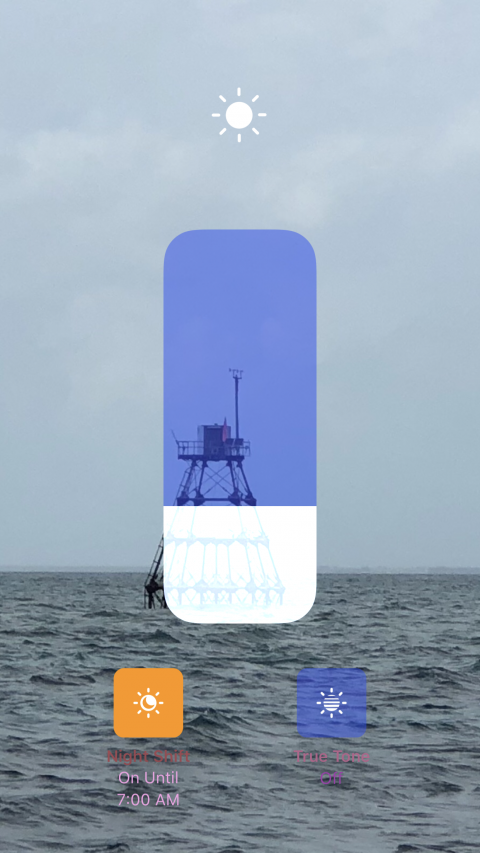 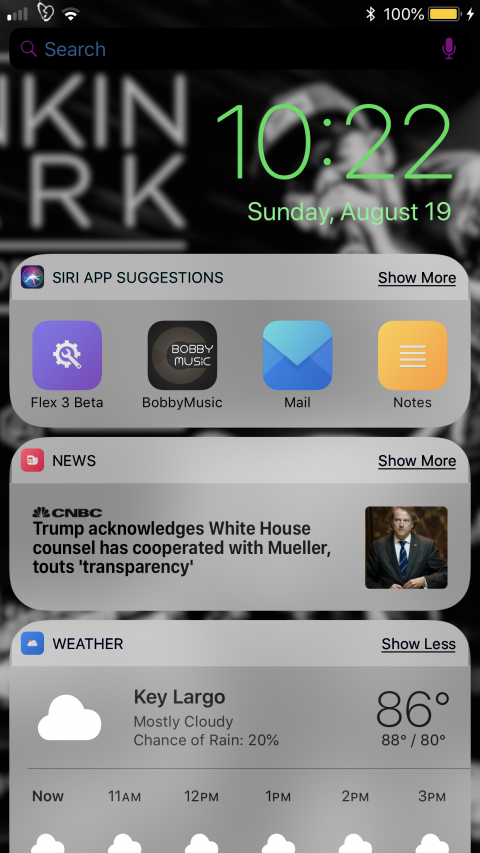 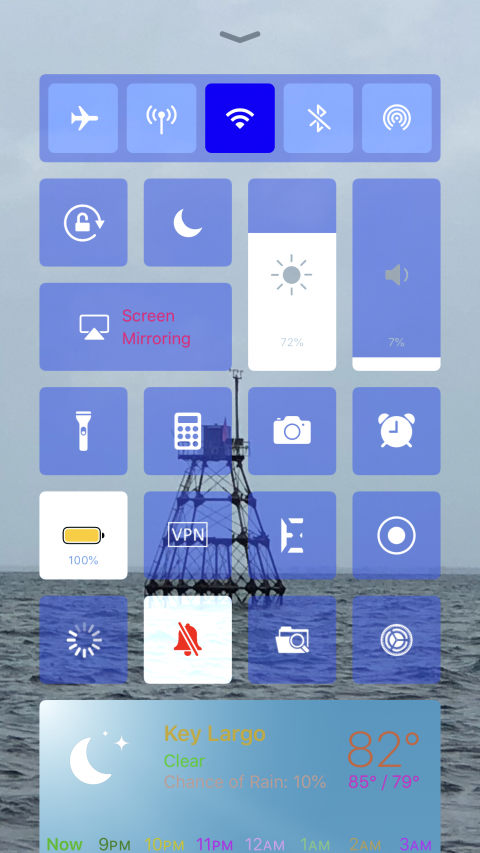 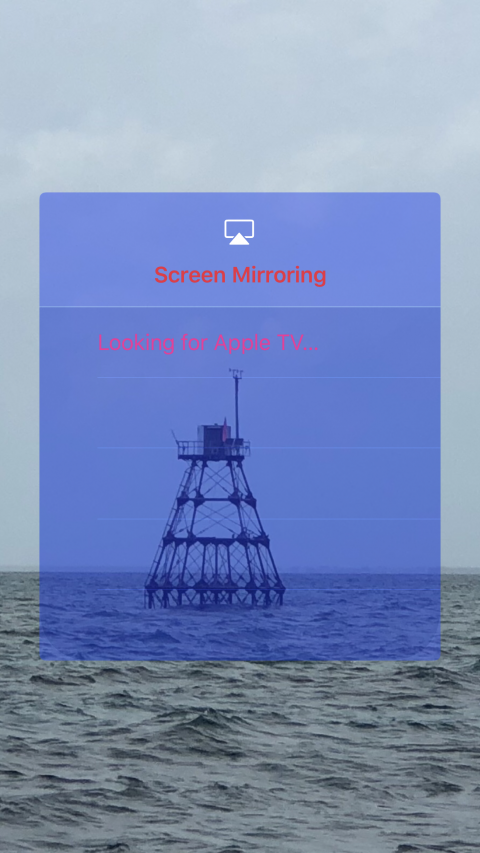 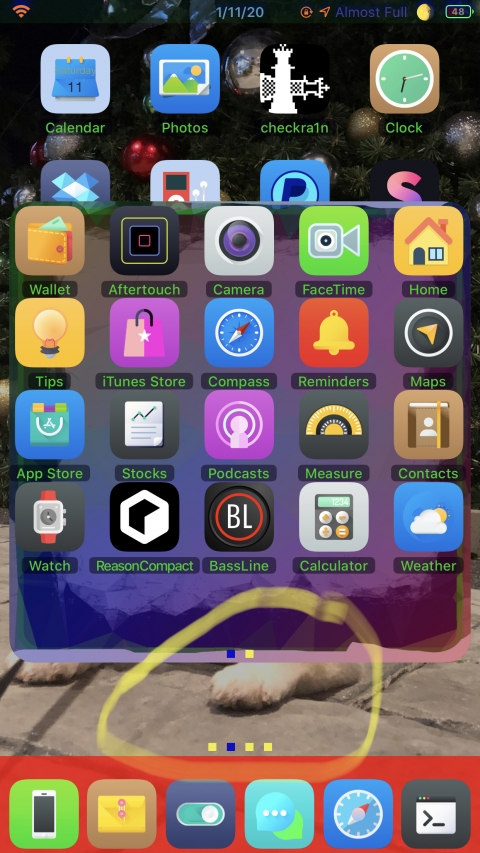 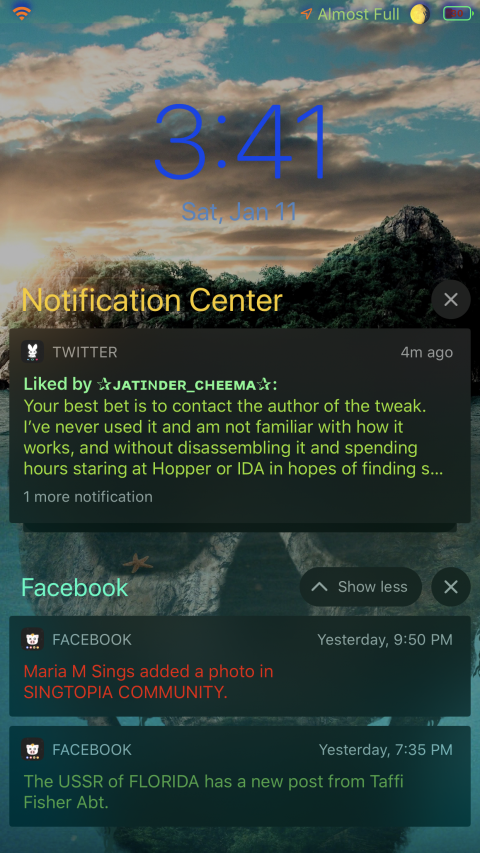 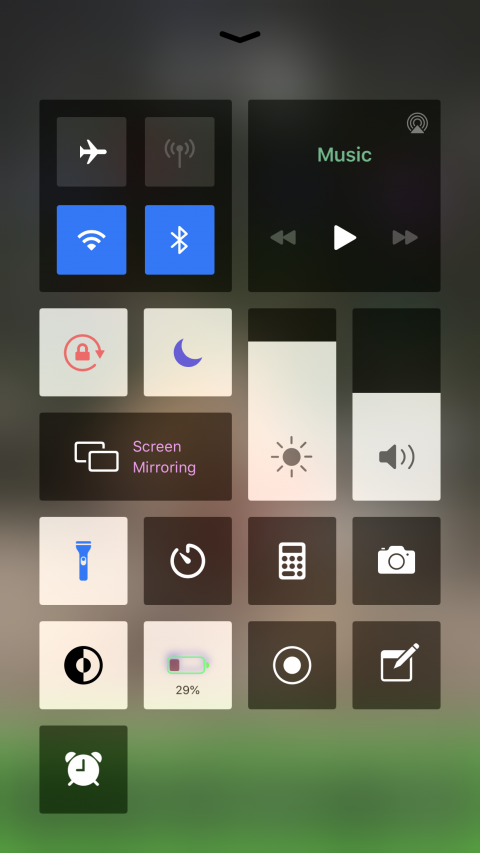 NOW A12 COMPATIBLE! Also most features are working on iOS 13.x

V1.0.5-1 iOS 13 support added for all features except screen rounding. Also added new feature for all iOS versions, custom corner radius for page dots on HS and in folders.  Square/ Rounded UI works, as does app switcher changes. Just be aware the square UI/ Round UI May slightly interfere with FolderControllerXIII open folder corner radius, tho it's safe to use both.

V1.0.4-3 Fixed similar issue when other sliders were at zero, they set the default value rather then zero. Now all sliders work correctly for any value entered.

V 1.0.4-2 Fixed an issue with default set for screen radius didn’t work correctly when set at zero. Now working as it should. All changes are still instant, except for squared or rounded UI, which requires one respring. Still A12 compatible. This version is currently better then BigBoss version, but will update BigBoss shortly.

Changed settings to user defaults and added arc; settings all update instantly now, respring only needed for Round/ Square UI slider. Also got rid of bug causing the occasional need for 2 resprings with the Round and Square custom UI setting changes.