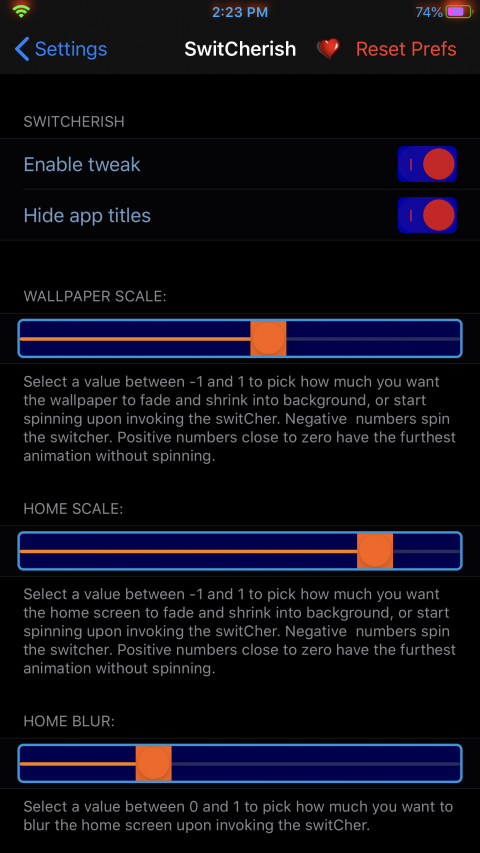 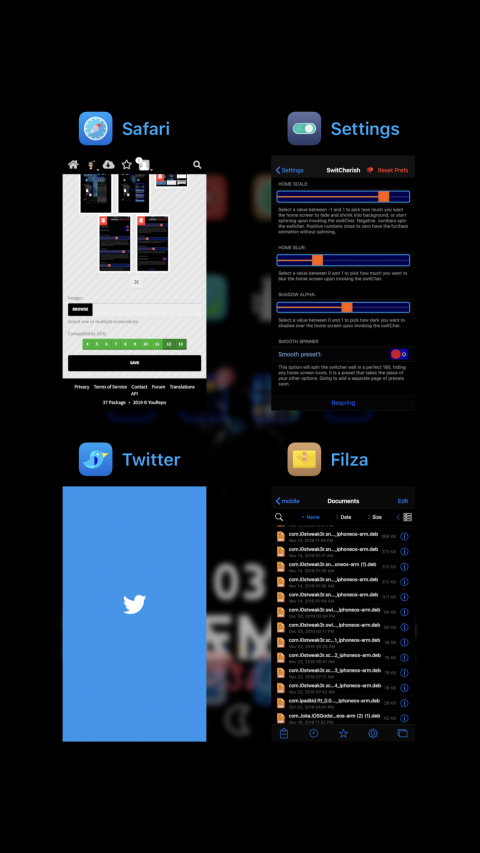 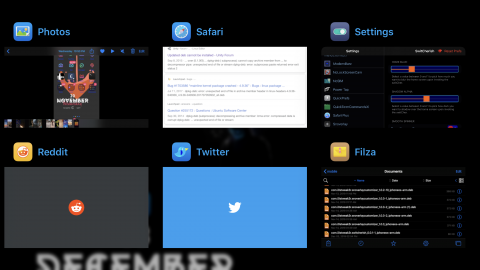 Switch up your switcher- iPad style, for all iPhones including A12 on iOS 12-13.4. Package includes custom blurs, shadows and animations. Cherish your switcher. More options coming soon, including a presets page of some my favorite settings.

V.0.0.3-4 Fixed one of the pref cells displaying wrong name.

V0.0.3-3 Added CepheiPrefs back now its fixed for iOS 13. Added a cool new preset option. Some prefs changes and checks it’s not from a pirate repo(it’s really annoying when pirate repos host unfinished free tweaks and then YouTubers list their source.)

V0.0.2 -Removed CepheiPrefs, re-wrote settings you work on iOS 13. The tweak worked before only because it was on by default. Now you can actually adjust the sliders and make custom settings on iOS 13. Only one small feature is not working on iOS 13- hiding labels in the switcher. It still works on all of iOS 12. Will fix that next update.